At Photoproseo.com we use and recommend Yoast SEO as one of the best plugins out there to help optimise your site for search engine optimisation purposes.

However “out of the box” it never used to be configured properly and most worrying, if the wrong settings were set for your type of site, you could actually hurt your SEO rather than improve it.

Sadly a bug that creeped into the code build for the release of Yoast SEO 7.0 did that exact thing and caused a setting to be switched on that could totally wreck your rankings.

The bug related to the handling of the Yoast Settings for Search Appearance -> Media and the option to “Redirect attachment URL’s to the attachment itself” was in some cases inadvertently set to NO during the plugin version upgrade process – the recommended setting is normally YES.

However what then caused the main issue was that due to that setting being set to “Yes”, it then caused a hidden setting to re-appear which is “Show Media in search results” and this was set also to “Yes”. Let’s just say this is BAD from an optimisation point of view!

What does this Yoast Bug actually do?

Well what it does is, for every image you have on your website (which as photographers could be thousands), it turned that photo attachment into it’s own page within your sitemap – so suddenly your website could have had thousands of new pages with little content other than an image – this basically then trips a Penguin 4 style low quality penalty and your rankings could plummet once Google indexed all those new pages.

Yoast themselves talk about the issue on their blog here https://yoast.com/media-attachment-urls/ – However, they actually give a bad example of the correct use of the switch that caused the problem, by stating that some photographers might want that setting left at “No” – well unless as a photographer you really really know your site structue, you will most certainly want that setting fixed as per my instructions below.

So how do I fix the Yoast Bug?

Well Yoast have issued an update to clear out the bug, so make sure you are updated to the latest version of Yoast.  Please also make sure the setting for “Redirect attachment URL’s to the attachment itself” is set to “Yes”

Secondly, they have also issued an extension plugin for Yoast called “Yoast SEO: Search Index Purge” which can be found here https://wordpress.org/plugins/yoast-seo-search-index-purge/ – please install and activate that plugin.

This plugin will make Google’s indexing engine re-check all your site urls again and it will eventually remove any erroneous pages from Google’s index – however it can still take some time and it could be weeks if not months before some sites recover their rankings properly. Yoast themselves state that “After 6 months the attachment URL’s should be gone from the search results”.

So in summary – this was a very bad day at the office for the folks over at Yoast, and they have been hammered in the SEO industry as a result. So go check your rankings and if you’ve seen a bad drop lately, you could have been affected.

Amir Calcuttawala is Texas-based Entrepreneur who took over from the founder of PhotoProSEO with a vision to grow to new heights, employing his marketing and SEO expertise. Read More…

« Top 5 tools to Get Publicity for Your Photography Business
PhotoProSEO.com is now part of Hawkridge Digital Solutions Inc » 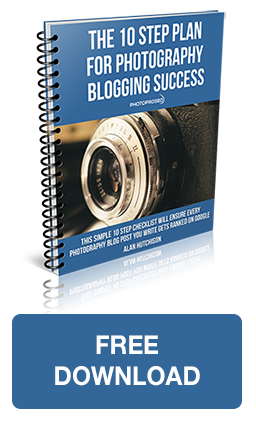